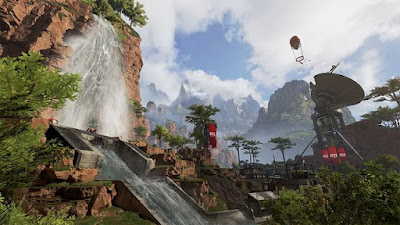 Apex Legends was launched on 4 February, 2019 ,was developed by EA (Electronic Arts). Battle Royale was trending tropic and EA suddenly announced for their new game 'Apex Legends'. It became very popular in just few weeks. Now the game is in the List of the Hottest Games Ever, Apex Legends for Mobile.

Now the players were facing a problem that they do not have Good End PC for playing this game and Popular Battle Royale games like PUBG was also launched for Mobile. So, Players demanded for Apex Legends Mobile. EA has Now announced for Apex Legends For Mobile but they did not confirmed that when it will be Launched. Reports says that it may be launched in Late 2019 or Early 2020. I am also excited for the launch of this game. Let me know how many of you want this game to launched for mobile in the commment section.
Apex Legends for Mobile.